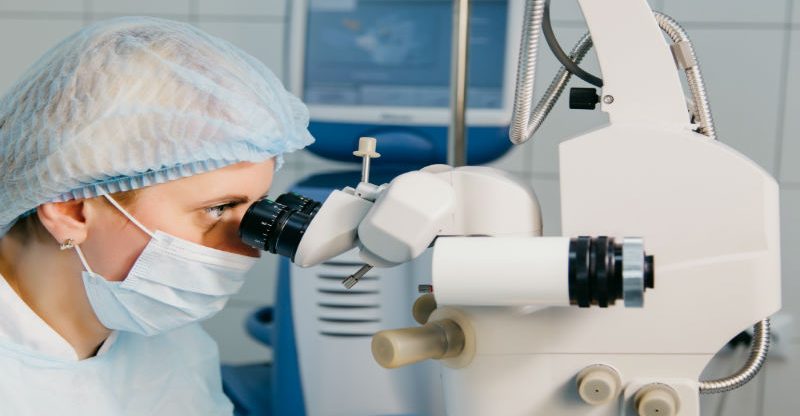 Cataracts are common in people over the age of 40 and cause a misting, or clouding, of the vision. If you have been told you need laser eye surgery for cataracts, or you suspect you may require the treatment in the future, it is beneficial to be aware of what to expect.

What is laser eye surgery for cataracts?

As one of the most commonly performed surgeries in the U.S., laser eye surgery for cataracts involves directing a specialized laser at the eye to cut through to the lens and remove the damaged fragments.

Although laser eye surgery is a well-practiced procedure, it is relatively new to treating cataracts. It has been designed to replace manual surgery, in which the cut to the eye is made using surgical equipment like scalpels. Compared to the traditional surgery, laser eye surgery for cataracts allows for more precise incisions to be made in less time, improving accuracy and efficiency.

Laser eye surgery for cataracts is a relatively simple, short outpatient procedure, carried out under local anesthetic, and takes between thirty minutes and an hour.

On your return home, you may notice some temporary side-effects of the surgery, such as redness of the eyes, distorted vision, watering, and some bruising around the eye. You should not be alarmed by this, as it is quite normal following the surgery, and should heal over time.

It takes roughly four-to-six weeks to recover from laser eye surgery for cataracts, and during this time, you will be advised to take daily eyedrops, and painkillers if you need to. To minimize the recovery period, avoid bending over or lifting heavy objects, sneezing, swimming, or exposing your eye to irritants, for at least a week following surgery.

What is the expected surgery outcome?

Although laser eye surgery for cataracts has a high success rate, results may vary from person to person. Typically, expect your vision to be cleared, allowing you to see in more focus. You may also notice an improvement in being able to decipher between colors and being able to look at a light without a “halo” glare.

It is advised to consider laser eye surgery for cataracts as soon as possible, as cataracts tend to worsen with time, causing vision to become cloudier. Surgery is the only way to improve your eyesight, and, although it may seem daunting, it is often essential to ensure a good quality of life.